Never heard Favorit Hippies before? Take a listen to

Our previous albums on Spotify

The single “In a Beat Up Ford Back in Nineteen Seventy Eight”, released already in 2017, is also featured om the new album “Northern Skies”

Favorite Hippies on the road…

Roots rock and alternative country with a Scandinavian touch

One of Swedens finest acts in americana and alternative country, Favorite Hippies, was founded in 2010 by frontman, songwriter and creative leader Örjan Mäki as a side project in-between his regular gigs. Almost ten years, three albums and several tours down the road Favorite Hippies has grown into a full-fledged rockin’ live band with an unexpected vitality.

Mäki, who originates from the small village Kaunisvaara located in the northernmost regions of Sweden, has a background as a stalwart sidekick both in the legendary Willy Clay Band as well as for artists like Chip Taylor, Will Kimbrough and Doug Seegers. Being a renowned roots guitar slinger, he still felt the need to explore and develop his own songwriting capabilities. When entering center stage in Favorite Hippies, handling both vocals and lead guitar duties, he also found a perfect vehicle for his storytelling.

Favorite Hippies released their first record “Sidekick Stories” (Rootsy Records) in 2013. When the band at that point relocated to the countryside outside of Stockholm, a change of lineup in the band was inevitable. A regrouped Favorite Hippies recorded the second album “Love is Hard” in 2015, which was released in early 2016 on their own label. Both albums received great reviews from the audience and critics alike.

After countless miles on the roads of Sweden, Denmark and Finland supporting the albums Favorite Hippies once again returned to the recording studio, though it took quite a while before the band was satisfied with the outcome of the recording sessions.

Now at the brink of year 2020, the band is finally ready to release their third album titled “Northen Skies”. The album consists of nine songs ranging from sentimental country via classic r’n’b to heavy guitar-oozin southern rock.  Mäki reflects over the somewhat scattered genres found on “Northern Skies”;

“All our songs still derive their common ground in roots music from the American south. I bet you all can quite easily figure out who our musical heroes are. This is just our interpretation of their legacy; American roots music in a Northern Scandinavian fashion. I’ve reached that certain age where you find a soothing self confidence to write music and stories that you’d like to listen to yourself, I simply don’t have to please anyone else,” he continues.”If i felt like quoting Joe Hill in a raging outcry, or singing a melancholic story about a father and his grown-up son, i’ve just gone all in and let it end up on the same record. And this time around we’ve definitely let the lyrical content guide the musical vibe of each and every song.”

Further band members in Favorite Hippies are Örjans nephew Johan Mäki on guitars – the bloodline giving them a somewhat supernatural musical communication resulting in solid twin guitar parts – and the well-rounded rythm-section consisting of Morgan Korsmoe on bass and Zacharias Ahlvik on drums. 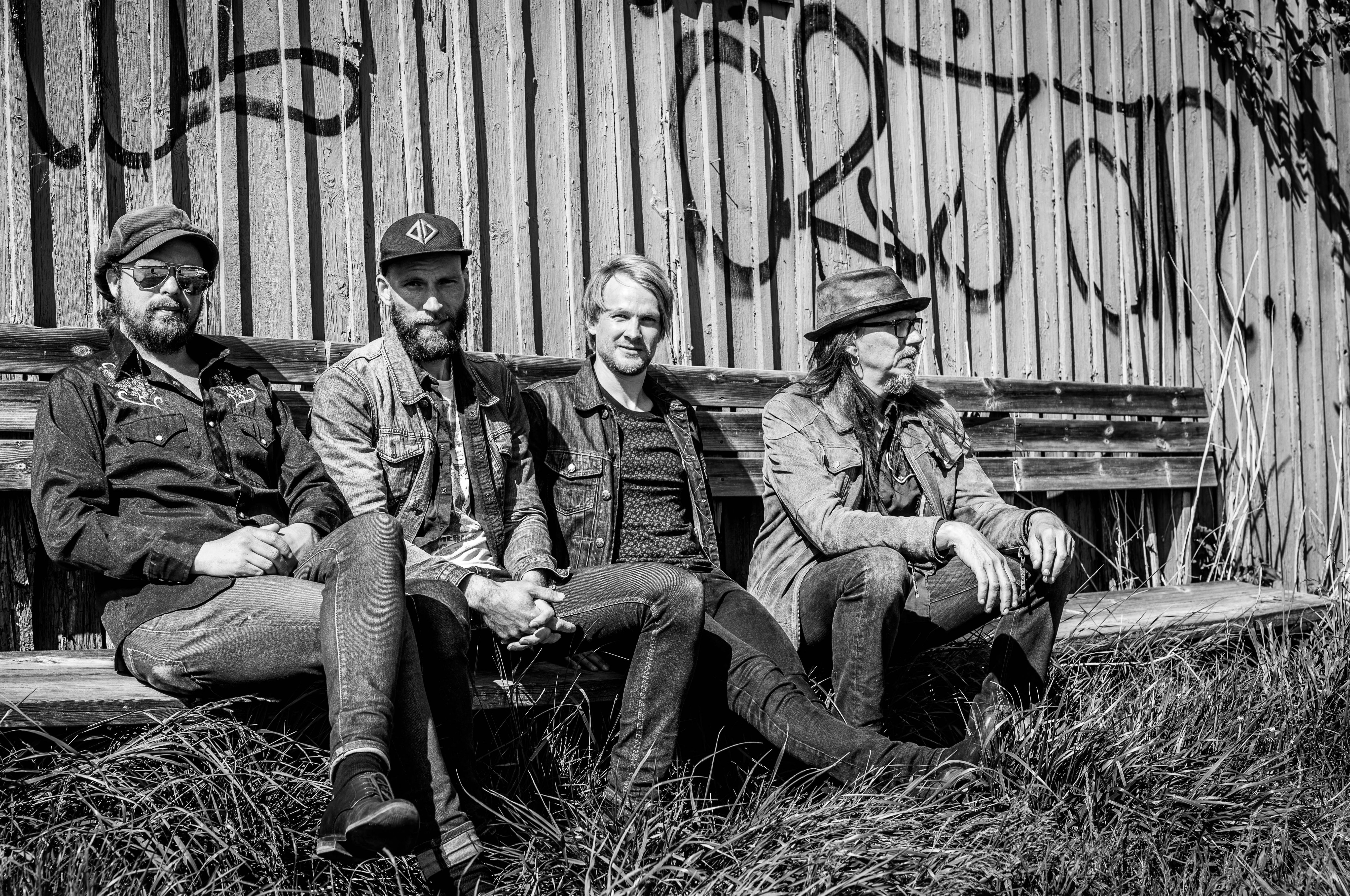 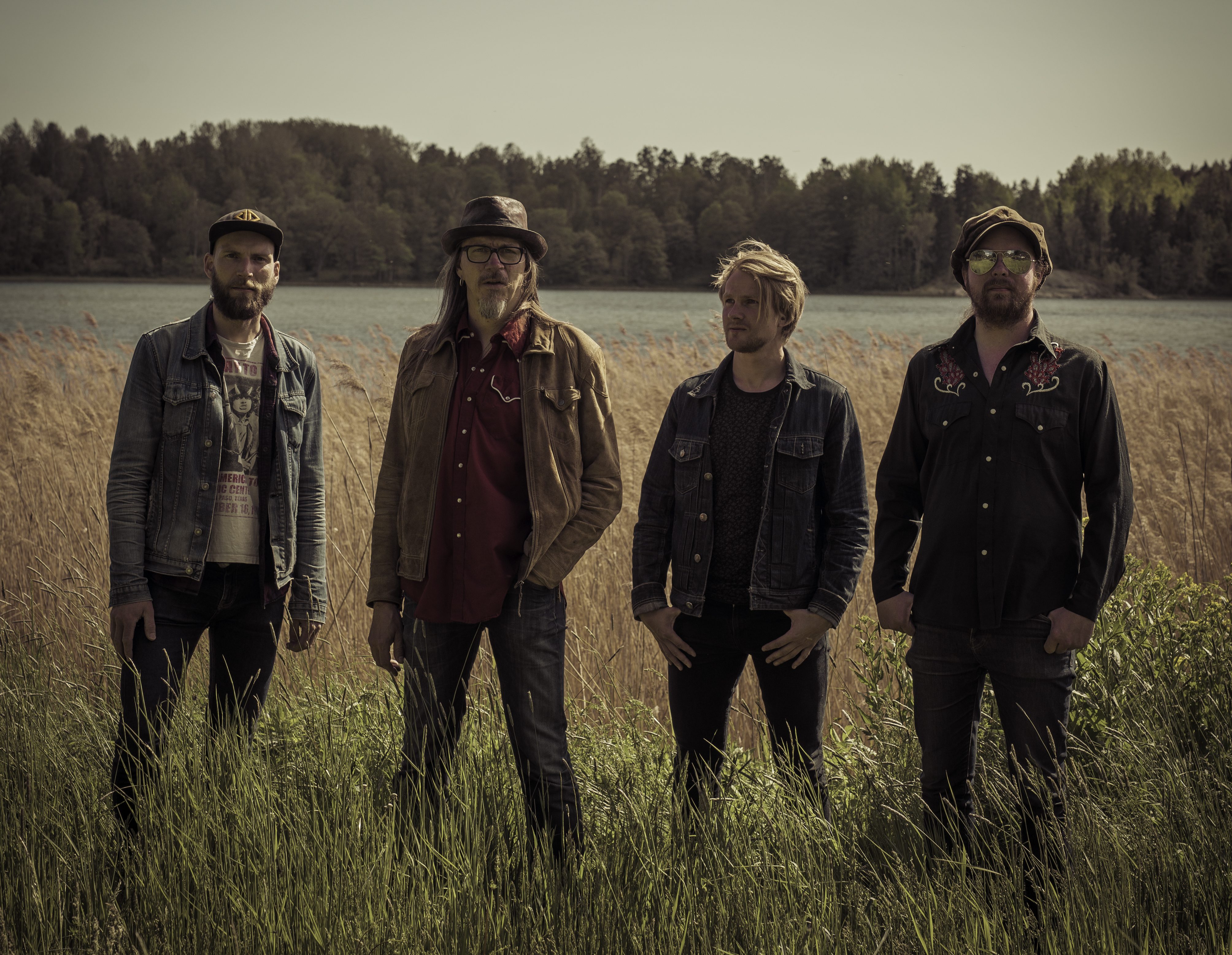 Hey! Drop us a line or two…